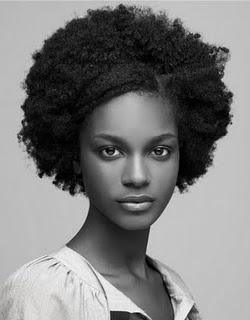 Everyone has different hair types.  Especially African American/Black Women.  Unfortunately it is not always easy to find products for our hair.  Especially natural products.

Shampoos
Shampoo is made to clean your hair, but it also needs to keep the natural oils balanced. Most shampoos are not made with the proper amount of sensitivity and oil content for black hair. Find a shampoo that helps prevent dry scalp and moisturizes such as Herbal Shampoo by www.nyrajuskincare.com

Conditioner
The proper conditioner will help to add moisture and  your hair. Black/African American hair needs conditioners that protect it from damage. Conditioners, such as Peppermint Tea Tree Conditioner by www.nyrajuskincare.com prevents dryness and breakage on your hair.

Oils
Another staple product for our hair is a good oil. Black/African American hair needs extra moisture from a good oil to help prevent the scalp and hair follicle  from drying and becoming brittle or coarse. Avoid products that use mineral oils or a petroleum base.  Those ingredients  will clog your pores and cause build up in your hair.

You can purchase a hair oil made specifically for black hair that contain ingredients such as rosemary or coconut oil. Herbal Hair Oil by www.nyrajuskincare.com  provides the moisturizing benefits of oil with a great lemongrass/coconut scent.

No one likes seeing flakes of skin on their favorite shirt. Better yet, no one really likes to see flakes of skin anywhere! As far as hygiene and cosmetics are concerned, dandruff can be like the unwelcomed guest that doesn’t want to leave.

Not only can dandruff be a persistent nuisance for people, many of us do not know what causes it. There have been many myths surrounding the cause of dandruff. For one thing, many people think that dandruff is caused by dry scalp; however, this is not true. Indeed, it is possible to experience much flaking due to dry scalp or eczema, but the flaking associated with dandruff is much more pronounced. Dry flaking scalp can be caused by a number of conditions, but the extreme flaking of dandruff is caused by a yeast-like fungus called malassezia.

According to Mayo Clinic Staff, malassezia resides in the scalp of most adults. The fungus generally presents no problems, but there are instances, as is the case with dandruff, where the fungus grows out of control. This irritates the skin cells in the scalp, causing the cell turnover that results in dry, flaky skin. Factors such as age, sex, oily hair and scalp, and illness are all factors that make individuals more susceptible to dandruff.

Fortunately, there are convenient ways to control it. Quality dandruff shampoo is highly recommended. A natural way to help fight dandruff and fungus is to use products that have Peppermint and Tea Tree essential oils in them. Peppermint and Tea Tree oils are natural astringents that help kill the fungus that causes the flaking and dandruff. Nyraju Skin Care and Eden Body Works both have natural shampoos that contain peppermint and tea tree oil to help relieve fungus and flaking. If the natural route doesn’t work for you, you may need something a little stronger and possibly medicated. Zinc pyrithione is an anti-fungal and anti-bacterial agent, which has been shown to reduce dandruff. Common zinc pyrithione based shampoos include Selsun Salon and Head & Shoulders. Tar-based shampoos, such as Neutrogena T, are also effective in reducing the flaking because they help reduce cell turnover. Other types of dandruff shampoo that consist of salicylic acid, such as Lonil T, are known as “scalp rubs.” The only issue with salicylic acid based shampoos is that they can exacerbate dry conditions on your scalp, causing more flaking. Selenium sulfide based shampoos, such as Selsun Blue, are also an option. While these help reduce cell turnover, they must be used with caution, since they can discolor blonde, gray, or chemically treated hair. These should be used only as directed and for a limited time. The final type of dandruff shampoo is Ketoconazole based shampoo. These shampoos are presumed to work when all other dandruff shampoos fail. They can be found over-the-counter or they may be prescribed. Shampoos on the market that are Ketoconazole based include Nizoral.