I love me some Raven and have for years, but most times when you see her in an interview she is basking in the glory of her weaves.  So i was super excited to see this interview of her talking about her love of her natural hair !  Apparently she does the weaves for television, but rocks her natural hair in her day to day activities.  This is a really good interview.  Leave a comment and let me know what you think. Peace 🙂 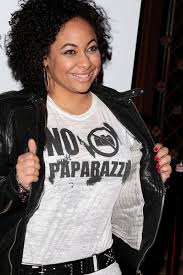 Recently I had the opportunity to sit down with actress and singer extraordinaire, Raven-Symoné. Best known for her roles as Olivia Kendall on ‘The Cosby Show’, and Raven Baxter on the hit Disney sitcom, ‘That’s So Raven’, she is all grown up and doing the dang thing. Talented, smart, and beautiful, Raven is a role model for young and old alike. Over the years, she has rocked braids, ponytails, lace fronts, and weaves. She’s worn her hair curly, short, long, red, blond, and black. But did you know that underneath her Hollywood hair, she is a fellow natural? She shares her hair story, and her reasons for keeping her natural hair hidden away.

CN: Tell us your Hair Story!

RS: My hair story… wow… it’s long and complicated. I’ll do my best to make it interesting!

Back in the day, it would take my mother an hour and thirty minutes just to brush it out. Ridiculous! I’ll never forget my first relaxer… the entire process took 4 hours. It was April 11th, and I was around 11 or 12. I had been telling my mom that the tears would stop; the long styling sessions would cease, if she’d just let me get a perm. She finally caved. And so on April 11th, I went to the shop and let the stylist detangle my hair. Nearly two hours later, she began to apply the relaxer. She didn’t use a super duper relaxer- – it was just enough so that it would only take me 30 minutes to brush it out. I don’t think she left it on for even two minutes.