In the hair world alcohol is usually considered a bad thing.  Even I don’t agree with dry shampoos which usually have the wrong kind of alcohol in them.  But below is a great article which gives in detail the “good” and bad alcohols and which you don’t have to run from when it comes to your hair care.  Leave a comment and let me know what you think. Peace 🙂 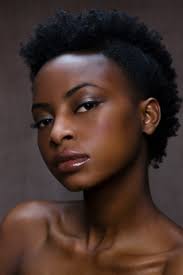 Is alcohol bad for hair?

Alcohol is a family of chemicals, not a single chemical. Instead of referring to a chemical as alcohol, it should be called an alcohol. Or, it should be referred to by its more descriptive name. Most of what you’ve been told about alcohol was probably people referring to ethanol. Ethanol is only one alcohol. It’s commonly used in hair spray products. It’s also quite handy in a beer or a margarita. Another alcohol you’re probably familiar with is isopropyl alcohol or rubbing alcohol. While they’re fairly similar, if you were ordering a margarita, you’d definitely want ethanol, not the isopropyl alcohol. Technically speaking an alcohol is a substance containing an OH group attached to a hydrocarbon group.