Why is it that every OTHER woman can wear her “natural” hair and it’s okay﻿ ? 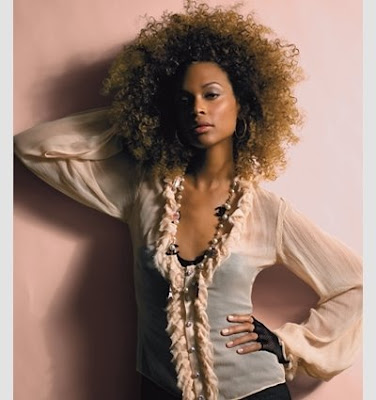 This is a question that was raised by a client of mine while I was working on his hair.  My long story short answer was that Black/African American women have been told that their hair in it’s natural state is ugly and therefore are the ones who constantly fight to hide their natural hair. Usually women of other races are the ones who’s hair is looked at as the gold standard (curly, straight, flowing, etc) so they tend to be more comfortable with their hair in it’s natural state.

He was frustrated because he wanted more Black/African American women to feel beautiful rocking their hair natural. I told him to keep up the good work supporting natural sistas and he would be doing a good service for the natural hair movement 🙂

I know a few women who used to be natural and caved in to the pressure of work and peers to go back to perming. Needless to say, their hair suffered the consequence and now they are in the process of going back to natural to avoid being balled.

I know a few women who lost their man because they chose to go natural. There are men who are so insecure that they can’t even handle being with a Black/African American woman who loves herself enough to wear her hair natural. Sad on the man’s part, but kudos to the woman. And it goes both ways fellas, I know women who won’t go near a man who has locs or an afro because they say it looks messy. Pure madness.

What are some of your thoughts on the subject of Black/African American women becoming more “okay” with loving their hair in it’s natural state ?

7 thoughts on “Why is it that every OTHER woman can wear her “natural” hair and it’s okay ?”